On Monday, a new PDF made its way through Twitter, detailing the guidelines for hosting NCAA men's hockey regionals.

Immediately, speculation began about what the guidelines would mean to the hosting process. While some of the focus was quickly placed on the potential -- at least laid out on paper -- of a Saturday/Monday NCAA Frozen Four in the future, I started asking questions about the process of hosting a regional.

Let's face it. What's going on now isn't good enough. Games are sparsely attended, sometimes played in buildings that are somehow incapable of producing something as simple as a workable WiFi connection for reporters, broadcasters, and sports information personnel on hand.

Oh, and ticket prices are ridiculous, pricing out any local hockey fans who might have a thought to check out college hockey.

(This is especially true in a place like Toledo, which hosted in March for the first time and doesn't have a nearby college playing Division I hockey. $45 per game is just too much to attract a casual follower into the building.)

Anyway, it appears UMD and Amsoil Arena are set to try out the "new" system.

(These rules/specs were never published previously.)

According to a source, there will be a bid placed to host regional tournaments in 2015 and 2016.

When Amsoil Arena was lobbied for and eventually designed, one of the goals was to have a building that could house these regionals. In college hockey, a host must be placed in the home regional if it makes the tournament. Hosting a regional and having the host make it could be a huge financial boon for those involved in the bid.

Of course, as we've seen in the past, missing the tournament could lead to a disaster in that regard.

At some point during construction, the committee responsible for site selection changed course a bit. Without changing written guidelines, the committee made a decision to give "preference" to neutral buildings, as well as buildings that have NHL-size ice surfaces (200 feet by 85).

This put a crimp in Amsoil Arena's hopes of hosting a regional.

(It also put a crimp in the University of Minnesota's consistent bidding for regionals with Mariucci Arena, which is on-campus and also Olympic size. Of course, all the U did was start bidding with XCel Energy Center, so all was well there.)

Clearly, arena and school officials are hoping that a long track record of tournaments conducted in lesser venues with fewer amenities and fewer fans will lead the committee to switch back to the old way.

The NCAA, however, doesn't seem to think a change is coming. I exchanged emails with an NCAA rep who deals with men's hockey on Monday. He told me that there has been no change in the committee's philosophy, and they will still give preference to neutral buildings (which Amsoil Arena is not -- hell, it has "HOME OF THE UMD BULLDOGS" sandblasted on the face of the press box).

I applaud the local contingent for going forward with a bid. It should give everyone a good chance to see where people stand on the idea of regionals being played in a college hockey program's home rink.

Unfortunately, I'm not sure I see any reason to think -- based on what I know right now -- this bid will succeed.
Posted by Bruce Ciskie at 2:45 PM 0 comments

Packer fans love this guy because -- in large part -- he was almost always smiling and almost always good to the Packers' rabid supporters. He retired after last season, ending his career without playing for any other NFL team.

Sunday, Driver had the sound of a guy who really didn't want to retire, which should sound eerily familiar to Packers fans.


“Teams have called and asked would I want to come out (of retirement) and I said, ‘No, I love the green and gold,’” said Driver, who had yet to file his retirement papers as of two weeks ago.

“If the Packers called and asked, ‘Drive, come back to training camp,’ I’ll be back in training camp, but until then, I’ll just be sitting at home and just watching football.”

While the fact that Driver won't completely put his career to bed is somewhat unsettling, only five years removed from the ultimate training camp drama, at least he appears to get it.

Yeah, you can read into his comments a bit. Yeah, you can argue he's saying he only retired because he couldn't play for the Packers.

But give Driver credit. He isn't trying to play for anyone else. Quite the opposite, actually.
Posted by Bruce Ciskie at 7:57 AM 0 comments 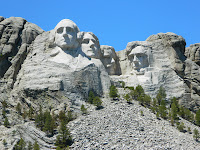 ProFootballTalk has done a great job of both with its ongoing Mount Rushmore bit. The premise: Name four figures from each franchise to fill a Mount Rushmore for each NFL team.

It's fun, because it calls on fans to look back on their favorite team's history. Recognizing and respecting key figures from the past is a good thing for even the most boorish of fans.

Over the weekend, PFT announced the candidates for the Green Bay Packers' version of Mount Rushmore. There may not be a more difficult vote than this one. Here is the list:

What, no Brent Fullwood?

Lambeau and Lombardi seem like locks, no? I mean, how do you turn away the patriarch of one of the league's greatest and most legendary franchises, and the coach who made the team relevant again in the 60s?

So that leaves two spots.

Nitschke was an iconic defensive player in the Lombardi years, and White helped resurrect the franchise in the 1990s when he signed as a free agent.

But what about the offense? You have Hornung and Taylor on the list from the 60s, and you have Starr, the ringleader of that offense. Does he get the nod over Favre, who (despite the crap he put this team through) has to be ahead of Rodgers?

I voted for White and Starr, but voting for Nitschke and Favre makes sense, too.

What are your thoughts, Cheeseheads?
Posted by Bruce Ciskie at 9:47 AM 1 comments